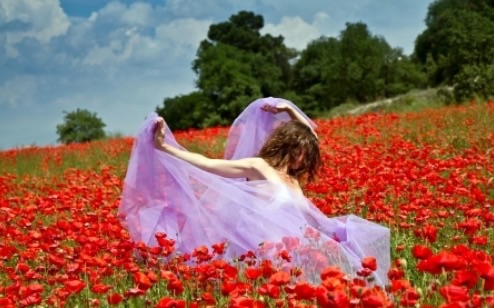 She knew he was going to leave her as soon as she told him.  She had taken the test 3 times, she was pregnant.  This was going to be a problem.  She was a Christian He was a  Jew, they  were matriarchal.  Descent  and relationship are determined through the female line.

The Grandfather is going to have a fit!  His brother David is living with a Bohemian Black girl, 3 month pregnant and still deciding if she is going to keep it. She has one week.  At least I have 4 weeks.

I was introduced into this dysfunctional family a year ago.  They follow the religion but not the faith.  The grandparents hold the reins of the family fortune.  They all work for the family business on his mother side.  He’s father’s family I never met or heard of.

Their home is a cacophony of people, animals and furniture.  They all socialize in the family room.  The other rooms are closed off.

He still lives with them in his single bed bedroom which I share whenever we are en famille and I spend the night.

His father is an alcoholic, sober and in AA.  I had to join Al-Anon.  Everyone who has contact with the family has to be in the services of the program.  His father has a sponsor. She is a female and a nurse. His father is always spending time with her.  But as his mother always says, ‘if it keeps him sober’ she accepts the situation.

I have told him.  He said nothing.  I spent the weekend with his family, they said nothing.  During the week we met his brother David and his girlfriend for dinner.   Nothing said.

Here I am faced with a dilemma.

Two weeks later he takes me to an expensive Resturaunt and stays over for the night. He starts to discuss my intentions.  My intentions?  ‘ Can I take care of a child? No not alone!  That was the word. He doesn’t want the child he can’t have a child now.  He is too young, wrong time, wrong place. I think ‘maybe wrong person?’.  Think about it he tells me.  All the options.

Next weekend I was left alone with his mother.  While folding laundry in the family room she starts to tell me a story.

She was young and pregnant with David.  She was young she never had the choice.  That was the way.  ‘This is not your way ‘ she tells me.

Is it love or fear or just stupidity?  I decided to abort the pregnancy.

When the deed was done. I was in everyone graces.  When the next time for Al-Anon meeting, his father brought over his sponsor.  She was a large tall woman looked weary and tired. Yes, she was a nurse, that must be it!  She talked to me for awhile about this, that, and everything.  She gave me her phone number and moved on.

Three months later an evening at home with him, I got the talk. ‘ You are everything I want in a wife and mother.  But I can never make you my wife.’

It was a painful time.  Healing and dealing with rejection takes time.  Work helped, but there was a void not from him but from giving up my child.  I  should have kept it.  If he was going to leave me why did he make me go through it?

That answer came the following month.  I received a call from the AA sponsor.  She asked me to come and spend the weekend with her.  I could not understand why, maybe he wanted to see me and was going through her? At first it was awkward, then down right freaky.  She had not invited me for the weekend for my benefit, no! It was for hers.

Apperantly my state of pregnancy brought about some unhappy memories within the family.  AA meetings are unonymous  but not silent.  He revealed at the meeting that even though he had to marry his wife, she never told him he had a choice.  His father-in-law gave his wife a choice.  Keep the child unwed or marry him.  So, they were not so religious after all!

This revelation brought about the anger, the vindictive actions of men when they know they are being duped.  What does he do?  He tells his wife he has been having an affair with his sponsor!

The sponsor needed someone to talk to, better me than someone who knew her. I was out of the picture and I was that family victim also.  What better friend that the enemy of my enemy is my friend as the quote goes!

I was gracious and kind, she was not!  She told me the father wanted to push me down the stairs if I decided to keep the baby.  It was not going to happen to his son too!   If I had birthed the baby they were going to adopt it and pay me off! All this information she knew when she was sleeping with his father.  But never said anything.  Now I understand the silence.  They were waiting on me.

What I did I did for love.  They had  calculating and cruel intentions.

David married his girl and she lost the baby.  The grandfather had a heart attack and died.

I was never able to get pregnant again. Apperantly, they did some damage, but I couldn’d find the proof.

That one relationship and action changed my path.  that act of love and sacrifice changed my destiny.  My unaffected simplicity or naïveté  changed what was the course of my karma.

One thought on “The Sacrifice”